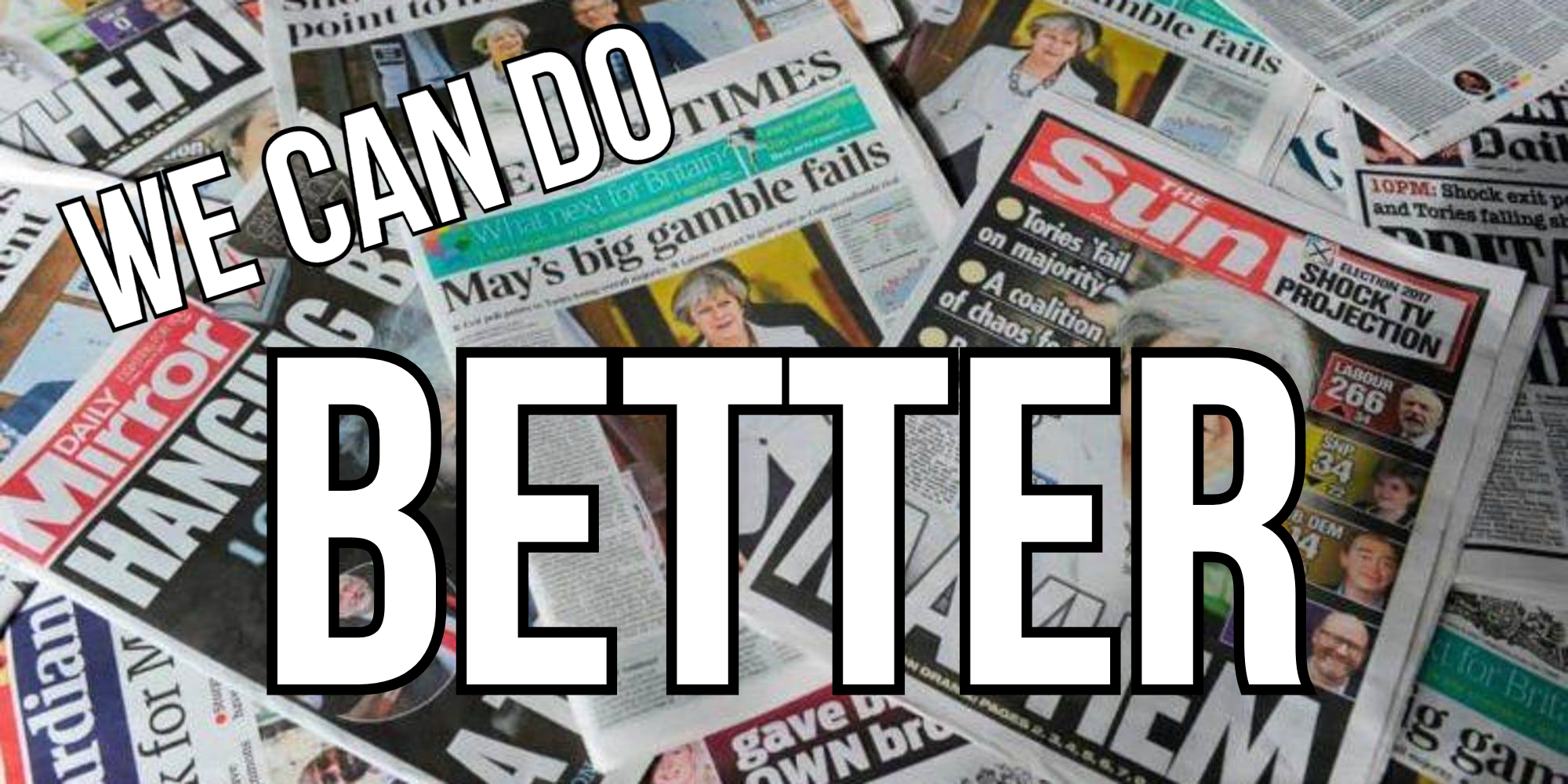 Hello! My name is Rowan Gavin, and I am the new Campaign Coordinator here at Better Media. This post is both an introduction to me, and an overview of what you can expect from Better Media in the coming months. Let’s get into it!

As Campaign Coordinator, I am the first member of paid staff here at Better Media. The funding for the role comes from union donors including Unite and the NUJ, as well as the members of the Better Media movement. All the details of the organisation’s finances are available to be viewed transparently on our Open Collective page.

For the past six years I have been an editor with The Norwich Radical, an online, independent and proudly left-wing politics and arts publication. Through that role I have developed a keen interest in media reform and in the UK’s independent media, as well as in co-operative models of media production (the Radical is also a worker’s co-op). I am looking forward to bringing that experience to this role with Better Media, and to learning more from fellow campaigners, writers, editors, readers and comrades across the media reform space.

My priorities for my first few weeks of work with Better Media are:

In the longer term, some other objectives I have are:

These ideas are not set in stone, however. I am looking for feedback from Better Media members and others with interest in media reform on what our priorities should be. If you’re reading this on our website, head to our forum to get involved in the discussion.

Together, we can enable a more progressive, imaginative and diverse range of people to be, know and change the media.