Why do we need Better Media?

Why do we need Better Media? 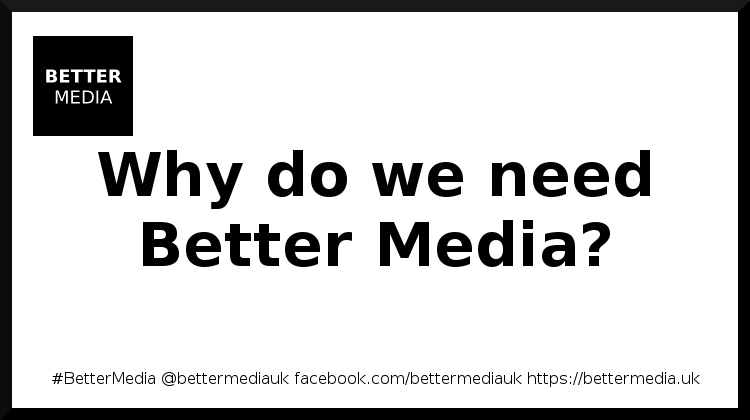 There is a severe lack of diversity, democracy and accountability in UK media, which is dominated by a handful of corporations.

As co-founder of the Media Reform Coalition Des Freedman has explained, the UK media landscape is:

“characterised by the domination of attention, audiences and agendas by a relatively small number of very powerful companies – both online and offline – all of whom have close associations with the highest levels of our political system”.

Not only are the giant corporations who control our media unrepresentative of, and unaccountable to, the public, the vast majority of journalists are too.  The Reuters Institute report on Journalists in the UK shows that journalism is now fully ‘academised’: 98% of UK journalists have a degree, compared to 27.2% – 40.2% of the UK adult population. In terms of ethnicity, black Britons, for example, are under-represented by a factor of more than ten.

Journalism has the highest proportion of middle-class (NS-SEC 1 and 2) employees (66%) after doctors, and a study of 261 newspaper columnists found that a staggering 43% attended private school (compared to 7% of population). Out of the ‘Top Media Professionals’, 54% had attended private school.  Moreover, 47% of newspaper columnists attended Oxbridge! (compared to less than 1% of the population as a whole).

A YouGov poll also found British people are the most likely to say their press is right wing out of seven European countries – and the most likely to say the press is too negative about immigration, possibly explained by the Reuters Institute 2016 report on Journalists in the UK finding that whilst journalist are roughly 50/50 left/right, “right-of-centre political beliefs increase with rank”.

Taken together, all this could be why only 27% of the UK population trust journalists to tell the truth, and why UK print media is the least trusted in Europe, by far: 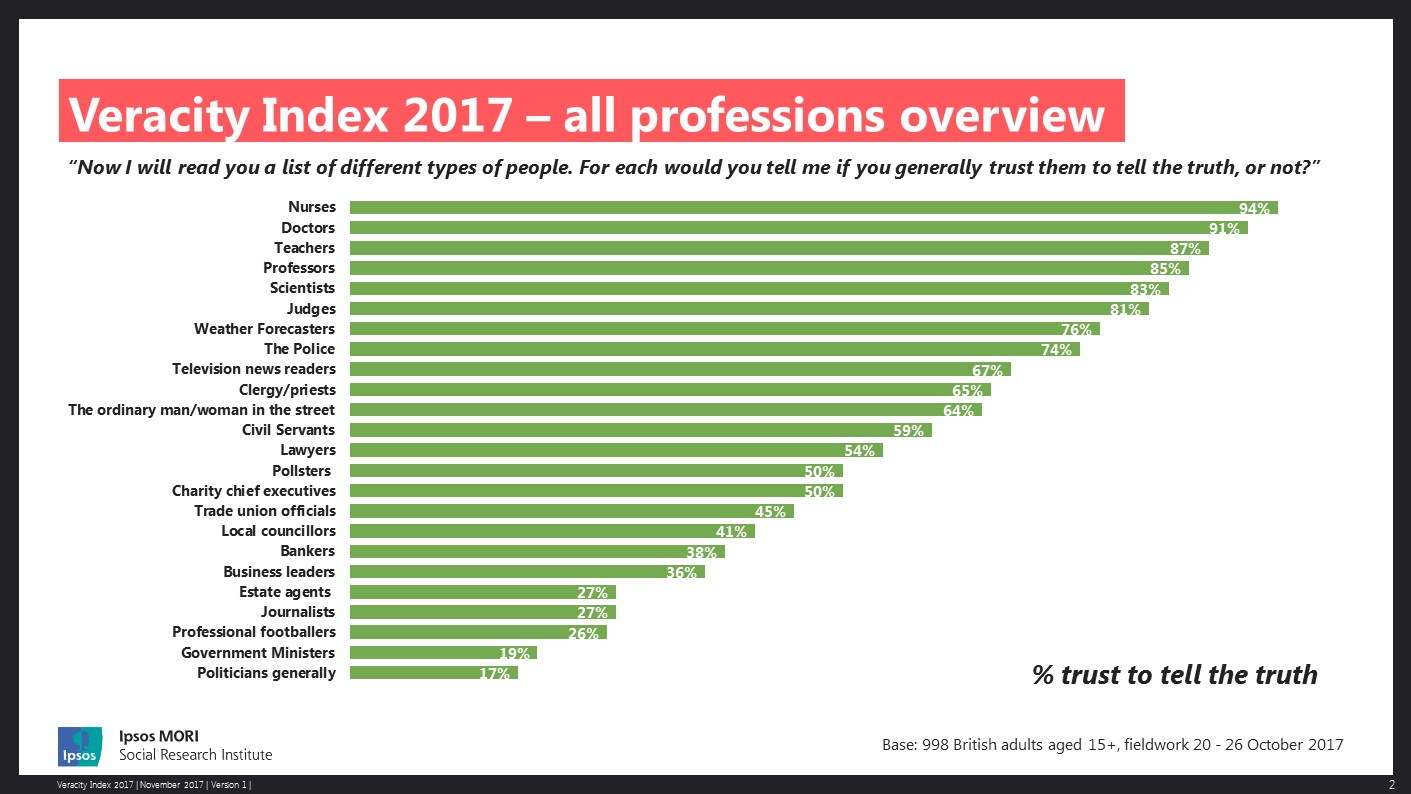 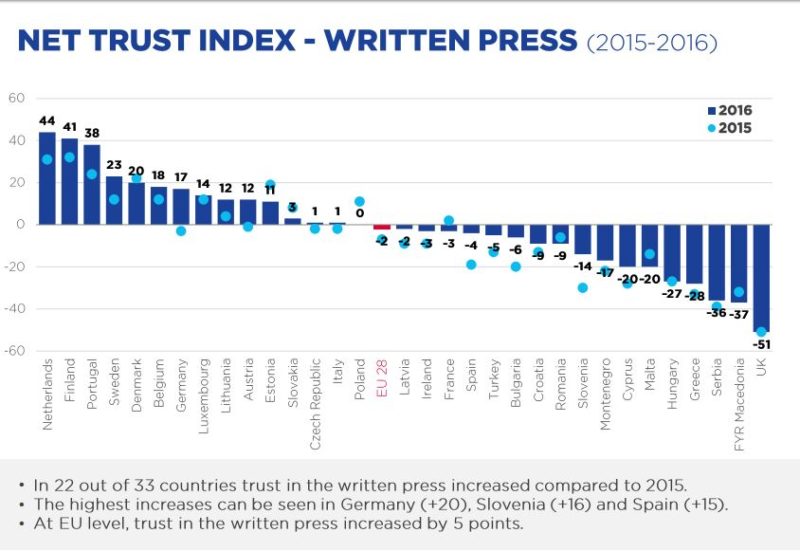 Why the lack of trust?  According to the authors of Bias, Bullshit and Lies: Audience Perspectives on Low Trust in the Media:

“Among those who do not trust the news media, the main reasons (67%) relate to bias, spin, and agendas. Simply put, a significant proportion of the public feels that powerful people are using the media to push their own political or economic interests, rather than represent ordinary readers or viewers. These feelings are most strongly held by those who are young and by those that earn the least”

And of course this wont change whilst the press are free to breach their own code of conduct with impunity.  Blatant lies are printed on the Front Page with almost zero consequences, as show in the Front Page Failures report and video by Hacked Off:

When even the “sham” self-regulator IPSO found The Sun’s ‘Queen Backs Brexit’ Front Page headline to be “significantly misleading” their editor Tony Gallagher said he would do exactly the same headline tomorrow.

Perhaps this is why across every British region, age group, and demographic polled, more people see The Sun’s (the UK’s best selling paper) influence as negative rather than positive: overall 50% see it as negative and just 5% see it as positive.

Meanwhile, the BBC, still the most trusted source of news in the UK, has sadly responded to financial and political pressures by becoming too pro-establishment and research shows that:

“the BBC tends to reproduce a Conservative, Eurosceptic, pro-business version of the world”

All this while Tech Giants get ever more powerful. As the editors of recent book Digital Dominance: The Power of Google, Amazon, Facebook, and Apple made clear at the launch event “we are condemned to act; doing nothing is not an option” – so please join Better Media now and together we can build the large scale democratic movement for media reform the UK so urgently needs.